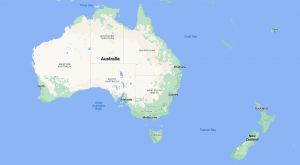 Teaching science in Australia or New Zealand? Engage your students with scientific research from their home country. Here, we present seven articles from Australia and New Zealand adapted for middle and high school students. They cover various topics – from biodiversity to social science. All seven articles include an introductory video and questions to assess the students’ understanding.

1. Where does Australia’s wildlife hide?

People often think that endangered plants and animals are tucked away in a protected park somewhere in the wilderness. Yet, we know that many species, threatened with extinction, live much closer to us – in our own neighborhoods. We began our research to find out exactly how much threatened wildlife lives in Australian cities. We overlapped maps of species habitats with maps of urban areas and discovered that half of the threatened animals and a quarter of the threatened plants live in cities! If we care about giving them a chance to survive, we need to learn to share our space with them.

This article is suitable for elementary school and middle school students and includes a map graphic.

2. How do corals spread in the deep sea?

We wanted to know how seamounts (underwater mountains) affect the populations of two species of deep sea coral. Can they act as “stepping stones” helping the corals to disperse (spread) throughout the sea? We used clever genetic analysis to unlock information hidden in the corals’ DNA and found that this was true for one species, but not for the other. We believe that ocean currents are also important in how corals disperse. This new information can help us to protect these important animals (and others!) in the future.

This article is suitable for lower high school students and includes a map graphic.

3. What can we learn about rainfall from trees?

How do we know how much it rained in the early 1800s? The answers come from the trees! By taking a core from old native trees and carefully studying the annual tree rings, scientists can work out how much it rained in 1802! What’s more important, though, is that the last two decades turn out to be unusually wet in Australia compared to the previous two centuries. In the 190 years from 1800 to 1990 there were only two years when it rained more than 20 inches. By contrast, in four out of the past 20 years alone, it rained that much (and more). What is causing this?

This article is suitable for lower high school students and includes a map, pictograph, and time series graph.

4. How can bacteria stop dengue?

Vector-borne diseases are a major threat to human health. Diseases caused by viruses and parasites carried by mosquitoes kill millions of people every year. How can we control these diseases? One of the methods scientists have tried to develop recently is biocontrol – the use of natural enemies to control mosquito populations and thus the diseases they carry. We wanted to try a slightly different approach: using bacteria that reduce the mosquitoes’ ability to transmit viruses. We introduced these bacteria in local Australian mosquitoes and then released them back into a town where a lot of dengue outbreaks have occurred to breed with wild mosquitoes. Soon enough the majority of the mosquitoes in the area carried the bacteria. This has led to a drastic reduction of human dengue cases.

This article is suitable for middle school and high school students and includes a histogram, pictograph, and time series graph. It is available in both lower and upper reading levels.

5. How can we save bananas from deadly disease?

Almost all exported bananas (Musa spp) are of a single cultivar, the Cavendish. Every single Cavendish is genetically identical; basically, they are all clones! So what? Cavendish bananas are under a threat from a disease called Panama disease, also known as Fusarium wilt Tropical Race 4 (TR4) that is caused by a fungus. Cavendish bananas do not have an active gene to fight off TR4. However, a wild banana from Indonesia does – the RGA2 gene. Here, we added the RGA2 gene to Cavendish plants and tested them in fields infested with TR4. Three years later, some of these genetically modified(GM) plants resisted the fungus and stayed disease-free. That means we may have found a solution to control TR4 and help millions of people who rely on bananas for food and income.

This article is suitable for high school students and includes a bar graph.

6. How can we manage Hendra virus in Australia?

Bats are very important for the environment, but they can transmit several dangerous viruses, including not only the dreaded Ebola but also the Hendra virus. Hendra virus affects both horses and people and can be lethal. The measures Australia (where the virus is present) has so far taken include horse vaccination and safer practice promotion among horse owners. Additional ecological approaches such as bat habitat protection and creation could enhance Hendra virus management since the underlying cause of Hendra virus emergence seems to be habitat loss. To find out what Australian citizens think about it, we asked three community juries whether they think such a strategy is appropriate. Even though they all agree the government should implement ecological approaches to manage Hendra, the juries prioritize increasing resources for the current measures: horse vaccination and safer practices among horse owners.

This article is suitable for lower high school students and includes a data table.

Have you ever felt cold at home? Shivered in your room? We knew New Zealand had a big problem with cold housing but we wanted evidence especially on youth experiences. We surveyed 14-16-year-old students in multiple schools in different climate zones around the country. Overall we found 77% felt cold in their homes during the winter at some point. This resulted in many restrictions in their lives, for example, how many rooms they use in the house. New Zealand’s government is looking for ways to solve the problem of energy poverty. We wanted to present ideas for solutions from youth. Therefore, young people were involved at all stages of this research: from questionnaire design to research reporting.

This article is suitable for middle school and lower high school students and includes a map and bar graph.

If you’d like to find articles from other regions, check out our map, showing all our articles by research locations. 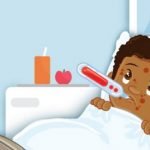 What can fossils tell us about the nervous system’s evolution?

Paleontologists examined a well-preserved fossil of the central nervous system in an extinct horseshoe crab.

Teachers, we want to hear from you!

Please spend 3 minutes on our feedback survey. Let us know what you need!